You've just been involved in an automobile accident and there are a lot of thoughts racing through your mind. You're wondering if the other driver is okay, if your passengers are injured and the extent of the damage to your car. After you emerge from your vehicle and regain your composure, it is important to know exactly what not to say to the other driver, the police, your doctor and even your attorney. Here are three things you should never say after you're involved in an automobile accident:

Whether you were at fault, or the victim in the accident, you should never apologize or admit fault to the other driver, the police or anyone at the scene of the incident. If you admit guilt in any way, your apology can come back to haunt you later. Even if you were clearly not at fault, the other driver may take your apology as an admission of guilt, which can lead to an unnecessary lawsuit.

Instead, the Insurance Hotline recommends only asking the other driver for their name, insurance information and phone number. Even if the other driver is belligerent, it is critical to remain calm. Once the police arrive, tell your side of the story in as much detail as you can. However, once again, do not admit fault, even if the police officer explicitly asks you who caused the accident.

You're slowly getting out of the car and assessing the situation when you notice a slight pain. It's not bad, and you're certain you don't need medical attention. However, before you tell the police that you are okay and not injured, it's important to remember that even though you're feeling okay now, you could suffer serious pain, or worse, down the road.

It's not uncommon for the pain and other symptoms of the injury that resulted from the car accident to become apparent several hours, days or even weeks after the incident initially occurred. Even if the accident is minor, it is important to head to the emergency room as soon as possible. While there, tell the doctor to record every injury you suffered, no matter minor.

If the injury becomes more severe later, you will have the initial information collected by the doctor to prove the accident was the cause of the medical issues.

Never Lie to Your Lawyer

After the accident, it is critical to hire an attorney, such as one from a place like Clearfield & Kofsky, even if it was minor. Remember, just because the other driver didn't seem injured or was pleasant even after the accident doesn't mean they won't become litigious later. While speaking to your attorney, it is critical to provide an honest and thorough account of the accident. Your lawyer's job is to represent you to the best of their abilities, and they cannot protect you if they are only given half the story, or a false account of the accident.

Your attorney is there to protect and fight for you, not to judge you. If you are not truthful from the start, or withhold critical information, your attorney will have to struggle to include this new information to their case against the other driver. Don't feel embarrassed or ashamed, even if you were at fault and instead, be upfront with your lawyer during the entire process.

Being involved in an automobile accident is an emotional experience, and your first instinct might be to apologize or even cause harm to the other driver. Instead, it is important to keep your cool and know exactly what not to say in the minutes, hours and days after the accident. 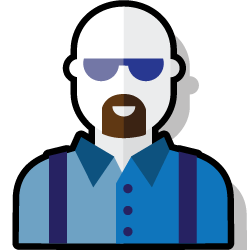